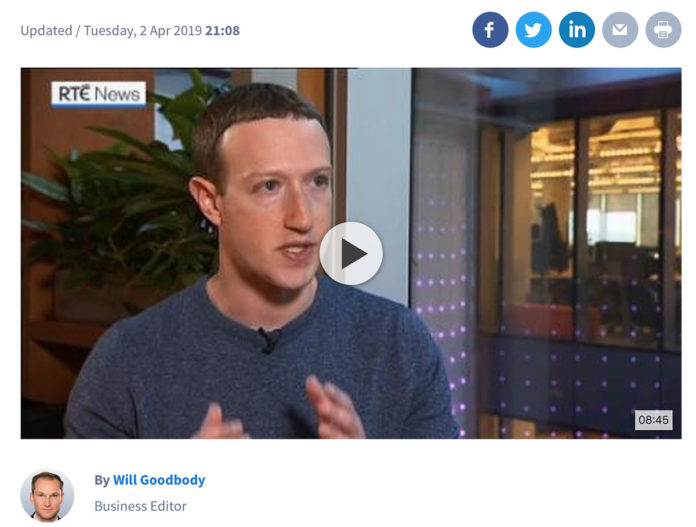 The chief executive of Facebook has said he cannot give a guarantee that the company will be able to stop its platforms being used by malicious actors trying to influence the outcome of the European Elections.

Speaking to RTÉ News during a rare visit to Dublin, Mark Zuckerberg said the social network is in an ongoing «arms race», constantly building up defences.

But he added that sophisticated actors are also evolving their tactics.

«We’ve certainly made a lot of progress in building defences to protect the integrity of elections,» he said.

«But no, I don’t think anyone can guarantee that in a world where you have nation states that are trying to interfere in elections there is no single thing that we can do, and say we have now solved the issue».

«Here in the EU for the upcoming elections we are bringing the whole battery of all of the strategies and tools that worked very well in a lot of important elections so far.»

Mr Zuckerberg said Facebook had grown a lot better at dealing with the issue since the controversial US Presidential Elections in 2016.